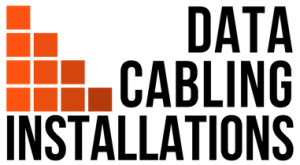 Our client, a successful IT support and managed services provider has a niche market working for some of the world’s leading film studios and production companies. They were tasked with building the IT network and providing IT support for a film studios in Berkshire.

The site was once one of the UK’s leading film studios back in the 1950’s and 60’s and had been little used for the past 30 years. But a new project involving one of the worlds leading film production companies taking residence there for their upcoming productions saw vast investment from both the site owners and the production company and the site was transformed from a collection of ramshackle old buildings into a small village of state of the art sound proof studios, workshops, offices, costume buildings and everything else that is needed for film productions, consisting currently of over 25 new buildings.

Working as the IT providers cabling partner, Data Cabling Installations have over the past 12 months installed 16 external fibre optic cables linking buildings, some up to 250 metres. We have installed category six cabling within each of the buildings ranging from a single cable for a wifi access point up to 80 outlets in each of several office buildings.

Other aspects of the project have included installing external cat6 cables for point to point wifi and most recently, partly as a result of the covid epidemic, it was decided that access control should be deployed on all external doors to all buildings resulting in us installing cat6 cables for all of these.

The most interesting buildings to cable were the main studios/stages as they are fitted out specifically for soundproofing purposes and are unusual buildings internally meaning that cables could not be run and fixed around the interior as would be done in a traditional building and holes could not be drilled at will to bring cables into the building or to attach and fixings and fittings. Most works here were done at height using scissor lifts and engineers with iPaf operating certificates.

He work continues as we speak as the site expands and more buildings go up, all requiring fibre links back to the main data cabinet and internal cat6 cabling.

Want to join the discussion?
Feel free to contribute!